Siama was a boy in rural DR Congo (then known as Zaire) just as a new style of music called soukous was emerging. Musicians in the capital city of Kinshasa had combined their parent’s traditional music with Cuban Rumba, Congolese Rumba and soul from the US and England to create the music that's still ubiquitous on dance floors throughout the world. Little did Siama know he'd later play an important role in its popularization.

While growing up in the Bakongo region of western Zaire, music was the center of everything. Siama was immersed in his community’s ancient tradition of spending evenings under the stars telling stories and singing and dancing together. Siama started teaching himself to play guitar at age 12 by playing along to the radio and it quickly became his singular passion.

He left home at 17 with his guitar strapped to his back and hit the city of Kinshasa determined to make his mark. Soon after arriving, he was enlisted by the popular band Cavacha. He hesitated when they asked him to compose a song but with their encouragement he came up with a his first composition. He was overwhelmed when it hit the radio airwaves, which whet his appetite and sealed his fate.

Siama joined Kombe Kombe and in 1978, like many of his contemporaries, they fled Zairie's political unrest and moved eastward. Kombe Kombe was really popular at the time, so much so that the president of Uganda personally invited them to relocate to Kampala. Young and obsessed with music, they had no idea what they were getting themselves into. Upon arrival, they experienced the constant sound of gunshots. Just choosing a route home from a show was a frightening gamble. They were stuck because in those days, instead of paying musicians a living wage, the clubs would provide food and lodging for their house musicians, thus they had no cash to get out of the country. One day Idi Amin’s guards showed up on the band's doorstep and insisted they come and play for the president. The bandleader tried to politely decline but was literally beaten until he agreed. Knowing Amin's treacherous reputation by now, the musicians were terrified throughout their performance. They wore dark sunglasses to hide their eyes as they played happy soukous music while fearing for their lives. Each time they’d finish a song they’d bow, ready to run home, but Amin would wave his monstrous hand in the air and gleefully holler for more. A few days later, Idi Amin himself dropped by their house, wanting to hang out. The band placated him until at last he left. The neighbors soon surrounded their house, hollering at them to move out immediately because they didn't want the likes of Idi Amin and his soldiers frequenting their community. Siama and his bandmates quickly gathered their belongings and somehow found a driver willing to help them make a pre-dawn escape to Kenya. They slept for a couple hours before the driver picked them up and when they made their way to the door they discovered someone had broken into the house during the night and stole everything they had! Without time to process their loss, they quietly crawled into the car without cash, identification, instruments or even shoes and made their way to the Kenyan border. Thus began the next chapter in Siama's musical life.

For the next two decades, Siama performed with many soukous greats (Tshala Muana, Sam Mangwana, Kanda Bongo Man, Samba Mapangala, Moreno, Lovy Longomba and more) throughout Africa and he performed while living in Dubai and Japan. In addition to performing, Siama became a sought-after studio guitarist as his reputation grew based on his technical skills and tasty melodic patterns. As a result, he's featured on more than 100 singles from the golden era of Congolese musicians in East Africa ('70s-80s). The scene was highly competitive, with bands vying for the catchiest hooks and highest level of proficiency and popular artists enlisted Siama to record guitar tracks on one record after the other. Back in those days, they'd record an entire album (live in the studio) in one day, the next day it'd be pressed to vinyl and by the next day, it'd already be burning up the charts. (Several American documentaries, such as The Wrecking Crew, tell the story of unsung studio musicians who recorded many of the hit songs we know and love. Siama's recording career in Africa was very similar.)

When Siama's own composition, Sisili, was recorded by legendary Moni Mambo, it was an overnight sensation. Siama had written the song for his girlfriend whose father didn't want her dating a musician. When Sisili's father heard her name on the radio, he rushed her out of town and out of Siama’s arms. Their love didn't work out but the song is considered a classic to this day. After the popularity of Sisili, Siama was in demand not only as a guitarist but also as a songwriter. Other hits followed, such as Kueya (recorded by Virunga) and Fifi and Kathy, both recorded by Ibeba System.

In 1994, popular bandleader Lovy Longomba urged Siama to take up the mic and front a band. He said, "Brother, you've got to start singing!". Siama laughed and tried to change the subject but Lovy wouldn't relent. He was so insistent and supportive that he even gave Siama his own microphone! (It took a long time but Siama is at last fulfilling Lovy's wish.) 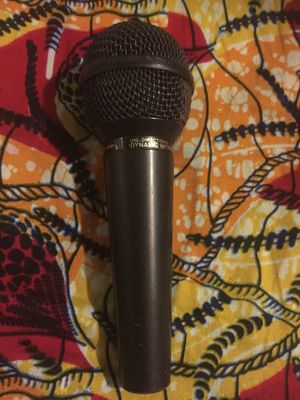 Upon moving to Minneapolis, MN-USA, Siama began learning many styles of music, expanding beyond his soukous repertoire to folk, bluegrass, reggae, soca, calypso, blues and more. Over the next 18 years, Siama had a number of career highlights, performing with the Playing for Change band at the Ordway Performing Arts Center, with Samba Mapangala at the Winnipeg Folk Festival and the Nashville Folk Festival, serving as Musical Director for Mixed Blood Theatre's musical production of "Ruined", he participated in a series of panel discussions and performances with Tibetan master musician Tenzin Ngawang and he performed with Indian Carnatic veena virtuoso Nirmala Rajasekar and at many festivals and special events with popular bands like Shangoya, Cyril Paul, Socaholix and Marimba Africa.

His life took a significant turn in 2014 when he he received a McKnight Fellowship for Performing Musicians. This honor inspired him to pick up a microphone and he launched a solo career with a new acoustic format. Siama's become known for his intricate guitar, spirited vocals, fun songs and entrancing traditional African instruments like mbira and balafon. He performs solo, as a duo with his wife Dallas Johnson, as a trio with drums and sometimes in a full jazz band.

Siama’s role within the context of Congolese music in Kenya during the 70s-80s.